Photographer Sohrab Hura’s new book The Coast revolves around the character of Madhu, who has lost her head – literally. She has a lover who gives her money and, at times, gifts. The other characters in Madhu’s story are a fortune-teller, who has promised to procure a new head for her, an idiot photographer, and a bird that has flown the cage. This fantastical story is retold 12 times in the book. With each retelling, Hura tweaks the text – just a few words at a time – to tone down the violence and shift the agency to the protagonist. At a time when fake news is rife in India and propaganda is everywhere. The Coast serves as a timely reminder – words can still be used as useful tools to counter-violence.

The book, which is due for release in late April, is a more considerable video-cum-book work. The 119-minute video, titled The Lost Head & The Bird, was shown at the India Art Fair in February and retold the same story with slight variations in script, images, and music. Together, they form an interesting study in pace and treatment of the same idea: how to make sense of our world today through visuals. In his work, Hura uses “obvious stereotypical points to exaggerate a certain system that exists.” “[Early on], Madhu is very dependent on the fortune-teller,” he said. “There is a hierarchy. I am hinting that Madhu is a woman in terms of gender.” Hura, an associate with the celebrated cooperative Magnum Photos, is also part of the book as the “idiot photographer who comes in [and is] as much part of the violence as anyone else. Because I also want to acknowledge my role as someone trying to make sense of this”.

Around 2013, Hura noticed that WhatsApp messages to his parents were becoming increasingly political. As family and friends sent them, his parents often took the letters at face value. “There was credibility attached to them…this was before we had realized how political this is – and how entrenched.” The language of the messages prompted Hura to think about the underlying sense of violence in our world. Growing up in India in the 1980s and ’90s, Hura had lived through the assassinations of two Indian prime ministers, some of the bloodiest riots since Partition, cross-border hostilities, and regime changes. Something about the diffused aggression in the messages bothered him. He decided to start a new project to explore this feeling further. 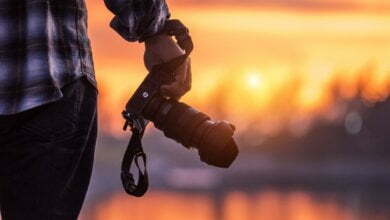