A new art installation by way of cleantech photographer Joan Sullivan in Quebec, Canada, saw various pix from her big body of photographic paintings set up in the interior of two sections of a wind turbine tower. The pics have a good time with the humans — the women and men — who’re building the easy tech installations which might be powering the global transition to clean power. Indeed, every wind turbine was sited, designed, synthetic, assembled, and taken online with the aid of a veritable navy of people from around the sector. As robotic and inhuman as they appear, windmills are extensions of humans’ innovative minds and fingers.

In the same manner, Joan seeks to carry that that is distantly returned in touch with human beings from around the arena. She focuses her camera exclusively on solutions to climate modifications to advance the verbal exchange on weather change, making it greater actual and tangible at the same time. Winds of Change become assembled to highlight the workers, the human beings, and the opportunity to leverage new smooth tech solutions like windmills as not the handiest part of the solution to climate change, however as an enterprise that workers from the oil and gasoline industries can appearance to as destiny possibilities. Each wind turbine represents dozens, if now not loads of folks who contributed to it in some way.

Joan’s email signature embodies her aspiration to capture the essence, the magic, the story at the back of windmills around the arena and convey them to the sector: “A digital camera is a device for getting to know a way to see without a digicam.” The quote comes from the notorious Dorothea Lange, who blew across the United States because it withered amidst the Great Depression, telling testimonies of disenfranchised farmers. I met Joan on a clean power media tour in Germany wherein we linked at the bus as we toured the coal mines and electricity plants months before their closure. 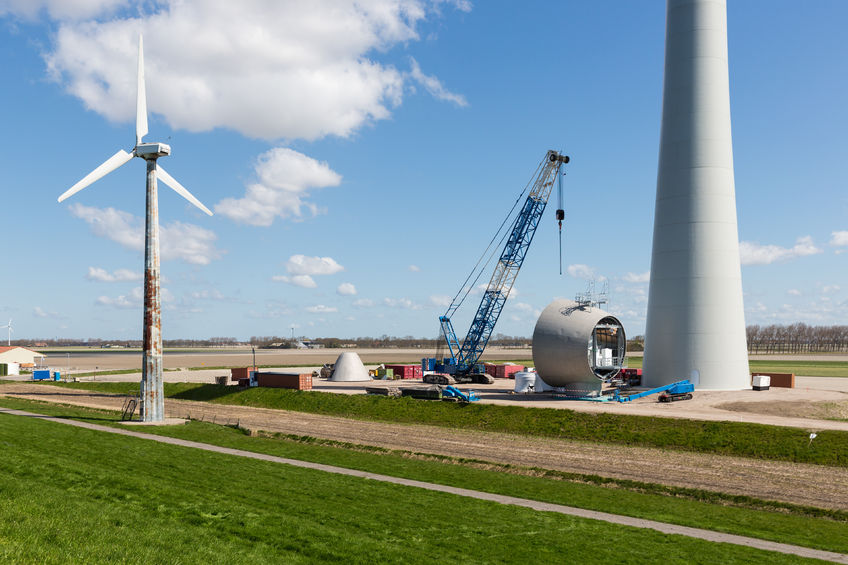 As we moved onto the renewable power park in the modern network of Saerbeck, Germany, Joan lit up. She wandered the park from solar panel to wind turbine with the keenness of a kid in a sweet shop, snapping photographs alongside the manner. Her ardor for easy strength is contagious, and it flows out of her thru her pics. In truth, Joan took a picture of me that I’m using as my profile picture here on CleanTechnica at the same time as we have been on that very media tour.

Much like the Solar Panel Art Series increases recognition and finances for sun energy, Joan assembled the Winds of Change installation to elevate the focus of the ability of wind energy. It is the installation of the first image of its kind to elevate recognition of wind power capability. Winds of Change is Joan’s 2nd massive picture exhibit; following an show off she participated in closing yr in Venice, which ran parallel to the 2018 Venice Architecture Biennale. “It is the first photographic installation of its type in North America that invitations traffic to walk through two unpainted metal sections of a wind tower to view huge shade photographs of wind strength creation websites,” Joan stated. She hopes to expand the setup next year with extra pictures and audio recordings from wind production websites.

The setup passed off via an uncanny collision of activities that started with a local producer of wind towers, Marmen. Marmen had two tower sections that had been barely damaged, so that they reached out to Reford Gardens to peer if there has been any interest inside the outsized cylinders. “The director of the Reford Gardens, Alexander Reford, contacted me to suggest that I create an installation at the interior of those wind tower sections with my wind strength pictures,” Joan said in an assertion about the setup. She is the best photographer within the vicinity, centered exclusively on the electricity transition, and changed into grateful for such a unique opportunity.

Winds of Change opened to the general public on June 16th and ran via October sixth, 2019, at the Reford Gardens in Quebec, Canada. The installation became subsidized through CREBS, a local environmental advocacy organization, and Innergex, a Montreal-based renewable power company. Joan is currently working to elevate the price range for a brand new pan-Canadian documentary that will tell the tales of several humans running day in and time out to convey the electricity transition to reality. For more information approximately Joan and her evocative clean tech photos, wander on over to considered one of her pages in your favoured net-based platform: